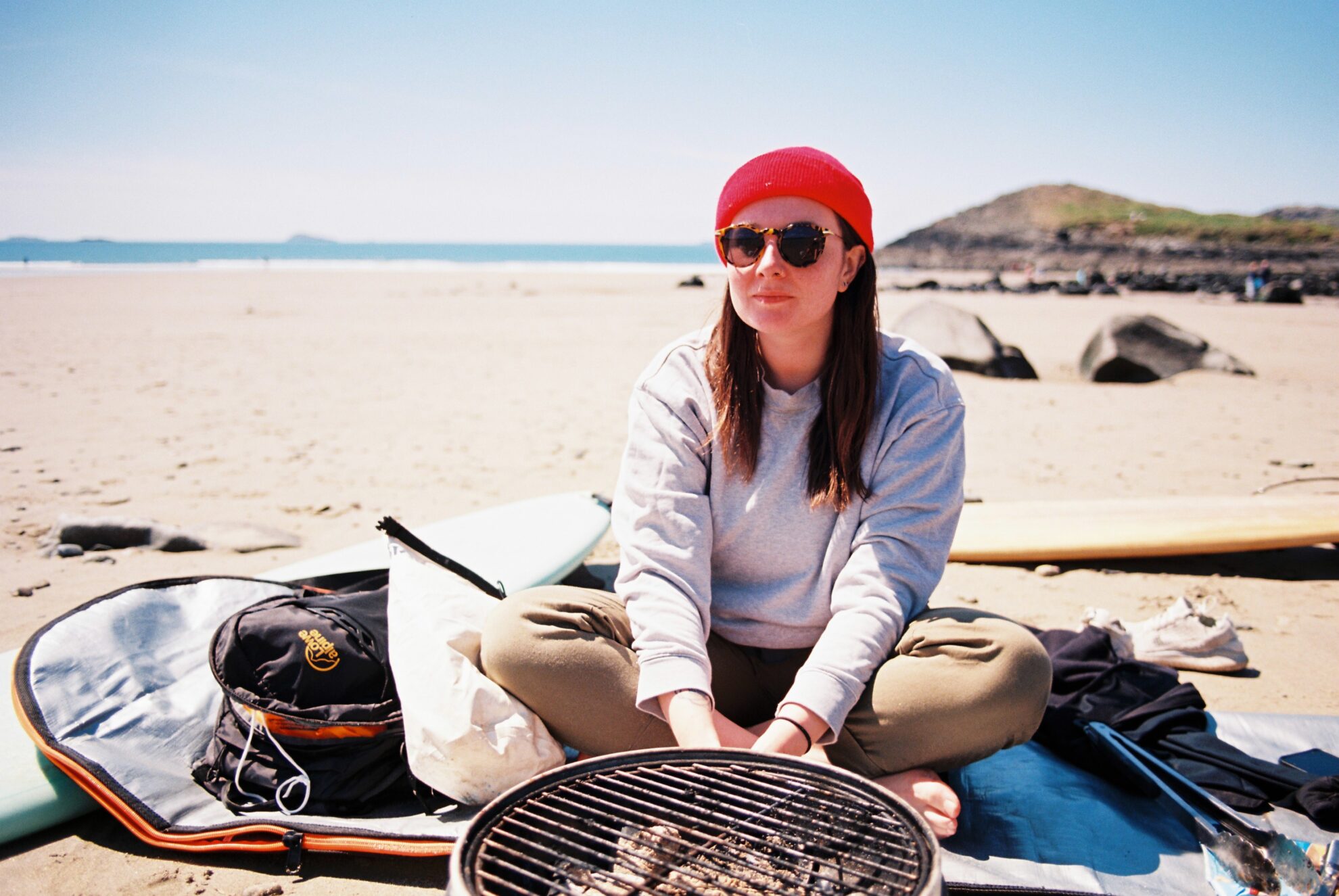 It’s been 9 months since I left my full time job as CEO of Snook.

A few weeks after leaving Snook, I went to a conference and I was asked by the organisers what I wanted on my name badge.

Truth be told, I didn’t know. And to be honest, I was pretty exhausted.

Who was I anymore?

What was my job role?

Did having a break translate as an ‘occupation’? Can you have a job in recovering? Will people take you seriously if you aren’t doing ‘a thing’?

Anyway, the name badge has always struck me as a somewhat odd ‘thing’. A wandering eye looking downwards towards the end of your lanyard as you sidle up in conversation at a conference buffet queue, checking your status in the world by means of your job title.

It goes along with the ‘and where are you from?’ question. Which we all know doesn’t mean where you live, but really, who do you work for, and how important do you sound?

It’s all nonsense really. I’d rather know ‘What brought you here today?’ and enjoy the conversation. Anyway, that’s my new question conferences.

But it got me to thinking, what do I put in my 6″ x 4″ conference badge? Something concise? A new role? I’ve been asked countless times in the last year, ‘So what are you doing now?’.

I don’t have a simple answer, so consider this a summary of my current job;

I’m recovering. In short, I burned out badly last year. I should have saw it coming but I didn’t. I find it difficult to sit still so recovery isn’t ‘doing nothing’ and just becoming a yoga zen for 9 months and then suddenly reappearing.

What this looks like in practice is having less external pressure in my diary so I have control to do what I want during a day. No more google calendar blocks (well, not many of them), just free space to choose what I should be doing in a day.

It might sound luxurious, but it’s needed and I’m spending time understanding me better, what I need to thrive and how I can nourish myself in the future. My adrenaline running an agency for that long was sky high, and it’s only just starting to reduce. I think I’m feeling what ‘normal’ might feel like, so now I have to find a way to maintain this.

I’m directing a film about Section 28. The legislation, introduced by the conservative Government ‘banned the ‘promotion of homosexuality by local authorities and UK educators’ .

I’ve always had a life long interest in telling stories and how film, sound and music can make us feel things and enhance the written word. Film is a pathway I’m seeking to go down more and explore. Early days in Snook we used to make lots of films and I always had a camera in my hands, somehow this got lost along the way but I’ve picked it back up!

I’m hugely excited about this film and it’s incredibly important given the current climate today for LGBTQ+ people that we look back and remember the fight against Section 28. We’re launching a crowd funder soon and it’s my current main day to day focus. In the future, I’m passionate about helping more #lgbtq+ films make it onto the big screen.

3. Joining the School of Good Services

Going live today(!), I’m joining the School of Good Services to support Lou Downe in running and delivering programmes that help organisations build the skills to design and deliver great services. We’ve written about what we’re doing to help bridge the skills gap in the user centred design industry.

I’ve continued to champion this product that provides best practice guidance on designing mental health product and services. We’ve started a group who are interested in continuing the library and working with a larger community to sustain and grow it. You can join the wider community here and we’re working on how best to engage with everyone.

I’ve been interviewing a variety of talented thinkers and do-ers who are out there designing services and supporting organisations to create conditions that helps teams thrive. I made the fun error of recording many, many podcasts at the same time, so I’m now in the editing suite (sorry to those reading who I still haven’t sent an edit to, crumbs!!!). These should be coming to your ears in the coming months through the School of Good Services and you’ll get to listen to some super smart people.

6. Learning about film and writing fiction shorts and documentaries

I made a tough choice not to go to university to study a masters in documentary film making. Instead, I’m using the money to build my own course. I’m going to be doing a variety of short cinematography, lighting and sound courses. If I want to continue to write and direct films, including others on the job, I think it’s important to have a good grounding in the craft.

The other part of not going to uni is using the money to develop a range of short films and try new formats. I’m writing a short about autism, a family drama, a queer comedy, and I’m playing with some new documentary ideas on British competitions, radio clubs and searching out stories that highlight the impact of the climate crisis. I’m staying broad to develop a portfolio.

These are ongoing, and I pick them up as I feel inspired or ready to do more with them.

This is a side hustle with Lou Downe called Brod. We’re on the long road to build a completely different company than most might expect from us and settle in Devon with a new venue to sell our wares. I can’t say much more at the moment, but it’s very exciting.

8. Board membering at Loch Lomond and Trossachs National Park

This isn’t last because it’s the least important but it’s not new. I’ve continued to support the national park as a board member and we’re doing lots of exciting future planning this year. Watch this space.

I also have the pleasure of coaching the very talented Callum Laird who is our new service designer at the park.

With new things, I did drop some roles last year, including my trusteeship on the board of Withyou and Settle but I continue to support their missions from afar.

I’ve started finally tinkering again on my synthesiser and drum machine and making short visual music videos. I’ve also picked up analogue photography again. This kind of stuff is just fun, nothing special, I’m no expert but I like getting lost in making a sound for over an hour with no real outcome.

I started a 5-aside football team called Marsh Ravens FC. We play in a league in East London and it’s filled me with joy playing again. We even won a tournament in April! If you want to join us, let me know. Open to woman, non-binary and trans players. Only criteria is being nice and inclusive.

What brought you here?

So that’s it, that’s my name badge. Next time you see me, ask me what brought me here today, not who I work for.

I promise you, the conversation will be far more interesting!